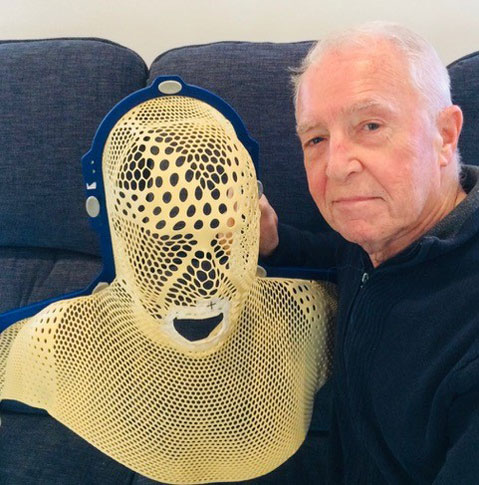 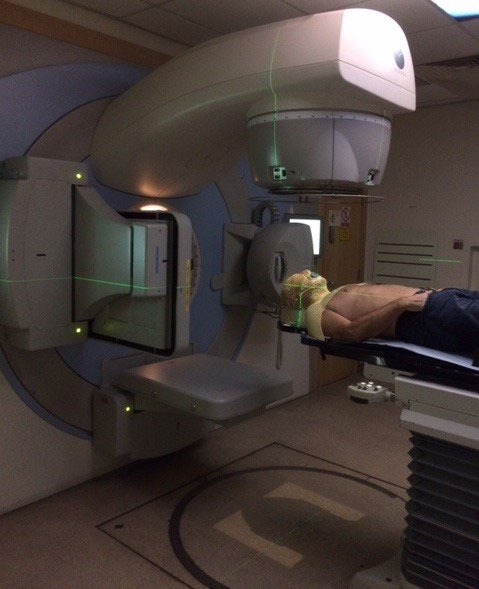 In the autumn of 2015 and my next six monthly appointment with my dentist in March 2016, I noticed a reddening area on my right upper gum. I paid five separate visits to my dentist during this period and was initially told it was very possibly an infection. Antibiotics were prescribed but to no avail. Thankfully, through my persistence, and no action being taken on the following visits, my dentist finally suggested I see a gum specialist. He was very thorough and the following day after my examination he phoned me saying, "I hope I'm not being over zealous, but I wish to fast track you and I'm requesting an appointment at Birmingham Dental Hospital and School of Dentistry without further delay'.

Their Medical/Diagnostic Unit examined me thoroughly and, during this period (May 2016 to August 2016) two biopsies were taken from my gum around three months apart both results being inconclusive! At this point the Dental Hospital informed me that they were referring me to 'The Queen Elizabeth Hospital Birmingham'.

On 13th October 2016, I saw Mr S. Parmar and he informed me that a biopsy would be taken from my gum. Having seen the amount of tissue taken from the previous biopsies at B.D. Hospital, I was surprised to see a much larger amount of tissue taken on this occasion and, being an optimistic person, I felt pretty confident and relaxed regarding the result. No one to date had informed me of any worrying thoughts regarding Cancer. On 27th October I walked into into Mr Parmar's Clinic and he informed me that I had Grade 4 Cancer of the upper right jaw and that I was booked into Theatre for an operation on 10th November...wow!

On 27th October I walked into into Mr Parmar's Clinic and he informed me that I had Grade 4 Cancer of the upper right jaw and that I was booked into Theatre for an operation on 10th November...wow!
My partner and I walked away from the Hospital stunned and in a state of shock given that this was the first time Cancer had been confirmed. We found it difficult to accept given the involvement of several consultants and many appointments at B.D. Hospital who we felt, on reflection, had missed it completely!

After the operation my recovery proceeded well and we were informed that a course of radiotherapy was booked - 30 sessions over a six-week period. We were informed as to the many side effects of the treatment. This made us both feel worried, concerned and a little scared! Thankfully, not all the side effects manifested themselves but nevertheless those that did certainly made my life difficult and unpleasant. I had wonderful support from my partner who made sure that I consumed as many calories, carbohydrates, dairy products and sugar as I could manage. One thing we were told before the treatment began was to eat plenty of these food products. Time after time, members of staff kept repeating, EAT, EAT, EAT! I only wish I could have been informed about the food intake sooner as the information given was only a few days before the start of my radiotherapy!

The treatment requires a head and shoulder mask which is individually moulded to fit very firmly around the head and neck area keeping the head completely rigid for pin point treatment. I didn't have a problem in accepting it, but being clipped down on a flat bed with total restriction regarding head movement, the mask keeping your eyes shut plus a mouthpiece to stop my tongue moving around could, I think, cause distress to some people.

The actual radiotherapy treatment on each visit lasts for just a few minutes but adjustments and pre-treatment scanning make for an approximate total of 20 minutes or so. A comment given to me by a friend who is a priest said, "When you're strapped down on the radiotherapy equipment during your treatment remember, you are not alone"! I'm not a religious person but I found his comment helpful and comforting and it certainly had a calming effect on me while the treatment was being administered.

I'm doing really well at the moment although I'm still relatively early in the process of recovery. One of my interests is singing and I'm a member of a wonderful mixed Birmingham choir. 18 months from the end of my radiotherapy treatment I returned to sing with the choir once again...great! At times I thought that my singing days were over but thankfully, not so!

I wish to thank all members of staff at 'The Queen Elizabeth Hospital Birmingham' for their terrific operating skills and after care enabling me to get back to enjoying a fulfilling lifestyle again!

On reflection, I wished that my dentist had been more proactive in dealing with my condition sooner; that the Dental Hospital would have taken larger areas of tissue to analyse which, in my opinion, would have flagged up the presence of Cancer sooner; and that I'd had someone to talk to before and after an operation/treatment who had been through a similar experience.

This last sentence is exactly why, in my opinion, the inception of HANCUK is important and necessary in moving forward and improving the care of people diagnosed with Head and Neck Cancer.